Here is my 3-minute talk that brought me the BrainGain Best Talk Award, 3rd prize!

The 10th International Conference on Advances in Computer Entertainment Technology (ACE) will take place on 13-15 November 2013 in beautiful Enschede, selected in 2004 as the greenest city in the Netherlands!

Our paper on user experience of multi-player BCI games was set to appear in the next issue of the Entertainment Computing journal and can now be read online. You can read the abstract below. END_OF_DOCUMENT_TOKEN_TO_BE_REPLACED

At the age of 24 I reached Erdős number 4! END_OF_DOCUMENT_TOKEN_TO_BE_REPLACED

My colleagues Prof. Anton Nijholt and Dr. Christian Mühl are co-organising the 3rd edition of the Workshop on Affective Brain-Computer Interfaces (aBCI 2013). Previous editions had achieved great success so you are encouraged to submit your work there! Keep reading for further details. END_OF_DOCUMENT_TOKEN_TO_BE_REPLACED

Last week (26-29 September) we went to Bremen together with three colleagues from UT-HMI for the ICEC 2012. Following the enjoyable Open Source Software for Entertainment tutorial organized on the first day by Prof. Letizia Jaccheri, we listened to many interesting talks on entertainment computing during the conference.

I presented a short paper in which we propose a brain-computer interface (BCI) games framework. The framework identifies a BCI game by its motivation to be played (e.g. challenge, fantasy, sociality) and its mechanism to be played (e.g. evoked response generation, movement imagery, mental state regulation). You can read the paper here.

Me presenting at ICEC 2012 (Photo by Sofia Reis from UNL, Portugal) 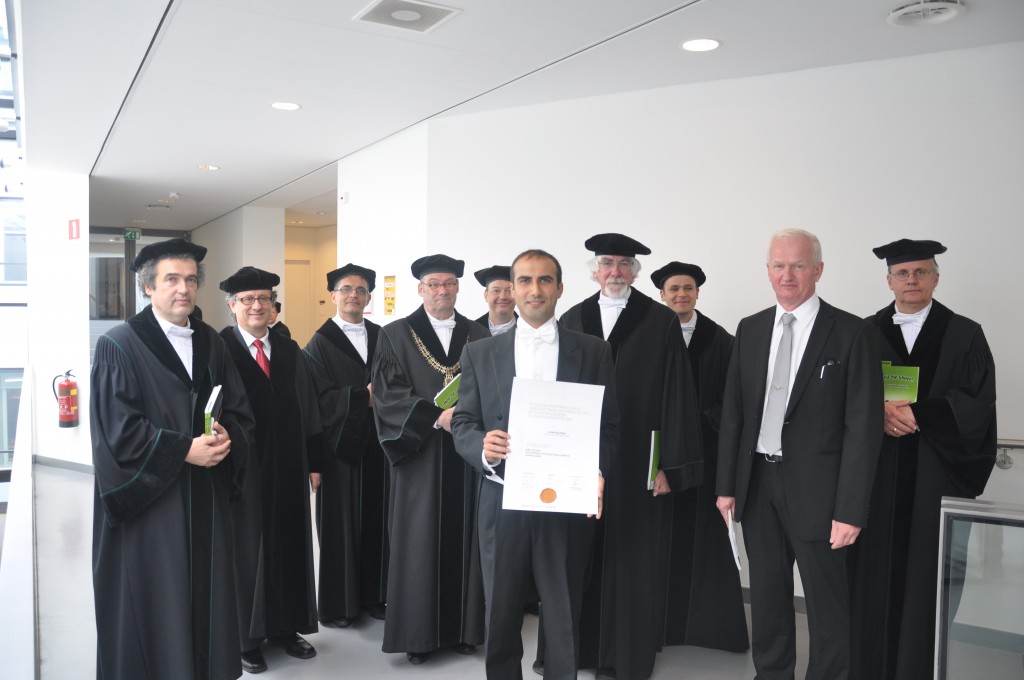 Photo after defense with the committee